We aim to be your Adviser of choice for the Rickmansworth, Chilterns and North West London area 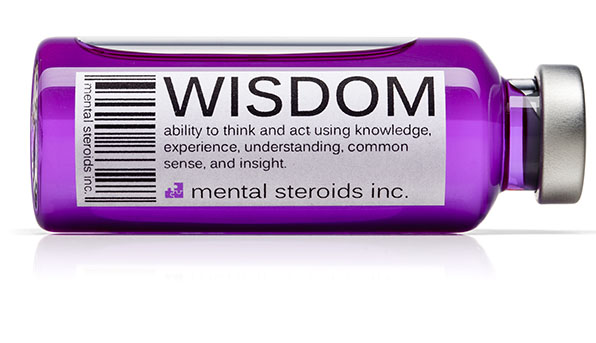 We take our time to understand and correctly identify your individual financial goals, so we can put in place a structured but flexible approach to improve financial stability and prosperity. Ours isn’t a ‘sign the papers and bye-bye’ business. We aim to play the long game, provide on-going reviews as your circumstances change over time and make suitable recommendations when required.

We’re about individuality, and a very personal service so we’re available to talk, almost anytime. Meetings are scheduled to suit you, daytime or evening, before, during or after work, your home, our offices or Caffe Nero – whatever works for you.

We don’t charge for initial client appointments, which doesn’t impact on products or services recommended to our clients. However, we charge a Processing and Administration fee payable should you ask us to arrange your mortgage. Please see below for details.

Clarity of information means all aspects of a transaction are always fully discussed. As much time as you need is taken to make sure you completely understand and are comfortable with every detail along the way.

Client confidence depends on us fulfilling expectations and this is central to our business practice. We advertise our services accurately, clearly and fairly.

Frog’s a local company, working with and within the local community so our reputation is solidly built on the satisfaction of our clients and our business has grown significantly through word of mouth and most of all, client recommendation. However, we’ve also got the strength of one of the UK’s largest networks behind us, so you get the best of both worlds.

Our role is to provide you, our clients, specialist advice. We are dedicated to helping you make informed choices.

THINK CAREFULLY BEFORE SECURING OTHER DEBTS AGAINST YOUR HOME. YOUR HOME MAY BE REPOSSESSED IF YOU DO NOT KEEP UP REPAYMENTS ON A MORTGAGE OR OTHER DEBT SECURED AGAINST IT. 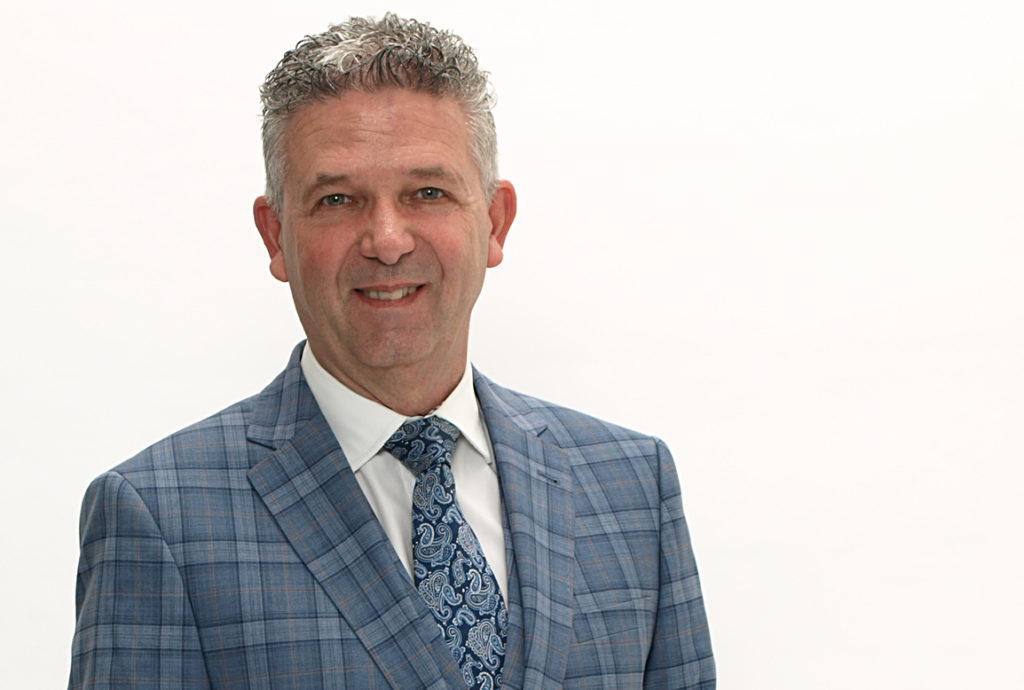 Craig Scott CeMAP, CeRERFounder and Managing Director
After gaining my qualifications as a graphic designer, I entered the world of corporate advertising, specialising in the high-end retail market. It wasn’t quite “Mad Men”, but it was an interesting time working with B&Q, Renault, Safeway, MFI and the like. They were very demanding and precise in what they expected from their advertising partner. As my reputation grew, I was invited to join a subsidiary of Abbot Mead Vickers who were, at the time, the largest in their field, as their Client Services Director, a long title that basically meant it was my fault if anything went wrong!

Running staff and partnerships with companies like Renault, Sainsburys and BT was challenging, but extremely rewarding, a lot of fun and the learnings were worth the hassle alone. I was then invited to join a niche player who had just acquired a major client, RBS Group, and this led, after over 20 years, to me looking at the finance world. I did all the exams and attained competent adviser status in my own time, whilst still holding down a very challenging role. The company CEO, who is also a respected Premiership football club owner, was not happy I was leaving, to say the least!

I became an IFA based in Spain and London, although it was enjoyable, I wanted to specialise as a mortgage broker and to set up Frog Financial Management.

I had the complete support of the best partner anybody could have, in my wife Ruth, and she is the backbone of our business. The business has gone from strength to strength and the team has grown, providing specialist mortgage advice and estate planning.

15 years has gone by very quickly!

Understanding that putting the client first is at the centre of our core brand values, gives us the focus to deliver the right advice, to the right people, at the right time. 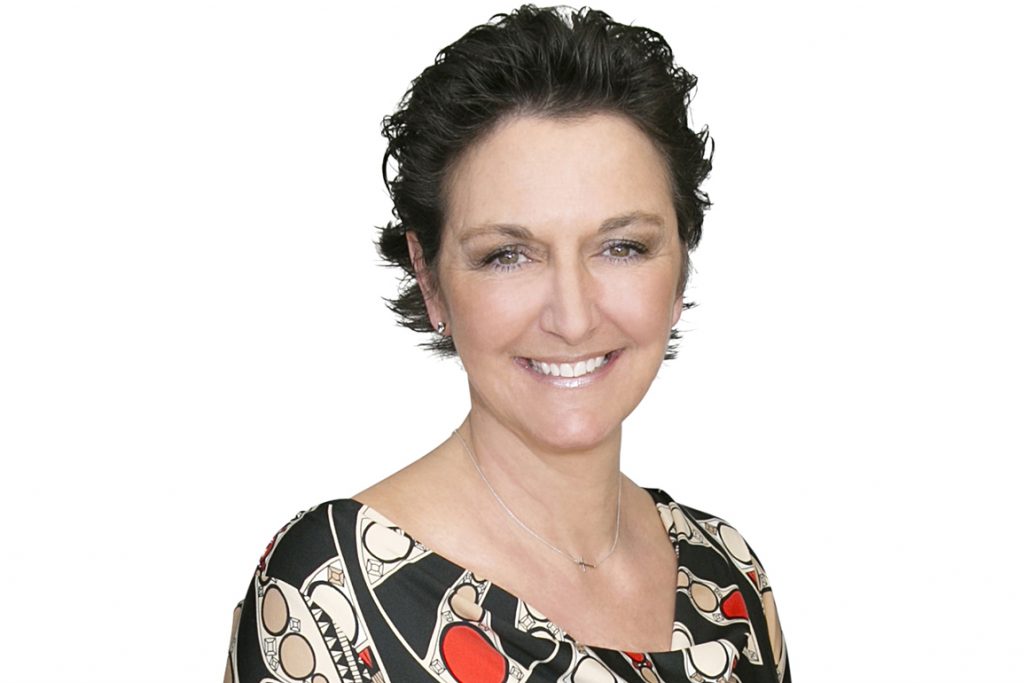 Ruth ScottCo-founder and Director
Prior to establishing Frog with her husband, Ruth worked in London for 11 years as Personal Assistant to the Managing Director and Financial Director of one of the UKs largest Media Buying Agencies. Her role also included working as Office Manager for the business with around 100 staff.

The role was fast moving and the extensive experience she gained has taught her clear organisational and client management skills.

Ruth explained “I was delighted to find that these hard-won skills transferred very well into the financial services industry, so this has really helped me, whilst I hold our clients hand throughout all aspects of the home buying and remortgaging merry-go-round!” 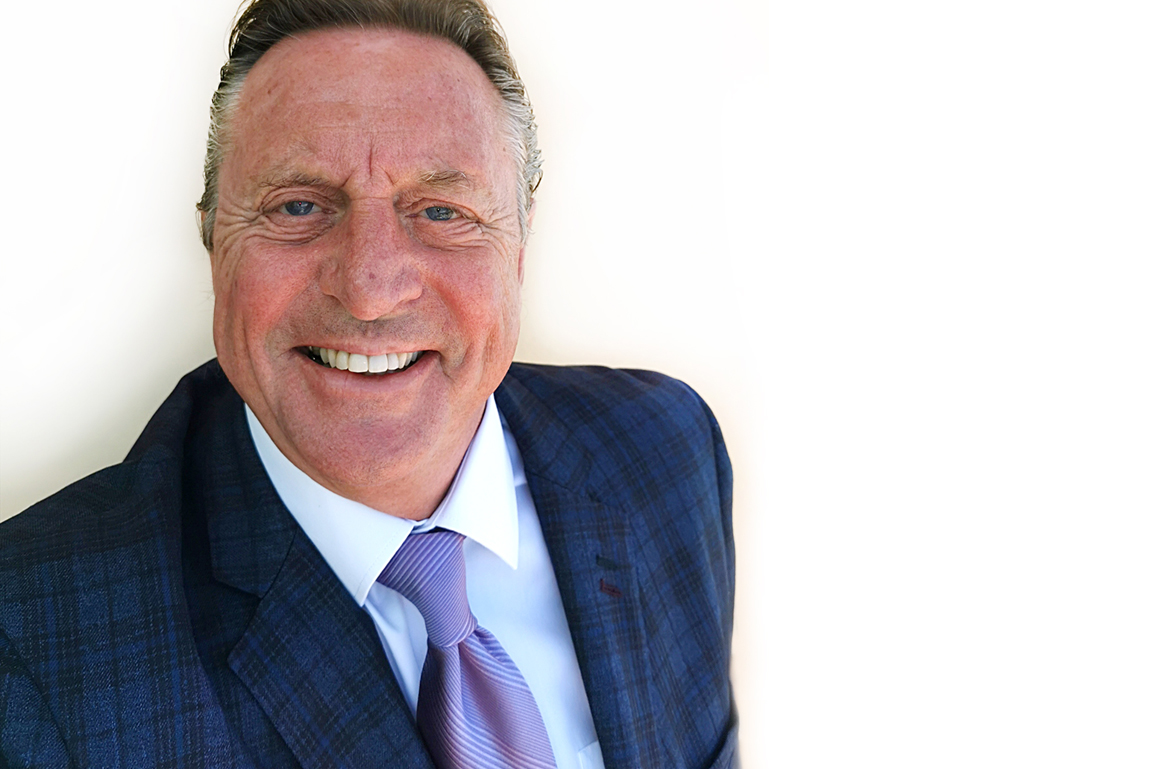 Lee AllanIntroducer
Lee has more than 30 years of financial services experience, in roles ranging from Financier to Financial Adviser. Lee has now taken a step back from the advising role and is now working with Frog financial Management and his loyal client-base to introduce them Frog and Craig.

Lee has experience in core advice areas, as well as specialism in business continuity and resilience planning. Protecting business and personal family assets
Lee is a life member of the (CII) Chartered Insurance Institute, Life member of the (PFS) Personal Finance Society and a life member of the premier association for financial professionals, (MDRT) The Million Dollar Round Table, qualifying at the very top TOT for 6 consecutive years.

Lee works across all client areas however, Lee specialises in working with business owners, high net worth individuals and those that are inspired to achieve.

Lee is a public speaker giving more than twenty talks each year on subjects such as “How to Eliminate Debt,” “Take control of your Money” and “Die Rich and Tax Free”.

Lee is the sole sponsor of the Princess Donia project supporting seven families in Egypt: www.princessdonia.com In June 2020 Lee was interviewed by Karl Gibbons on the USA business channel TEMA TALK, which was broadcasted across America. Watch the 30-minute TV interview here: https://youtu.be/GPNO6bz60PI

“I Trust Lee. I have known him for almost 20 years. I’m a serial Entrepreneur, successful in business. My financial affairs are international, complex and often difficult to understand. Nothing is too much trouble for Lee, he always goes the extra mile and delivers results. Business can sometimes be brutal, frustrating and downright difficult, this is when Lee and his panel of experts really shine. His help and advice is extraordinary. Give him call, you’ll be glad you did”.
Barry Dunn 20th July 2020. 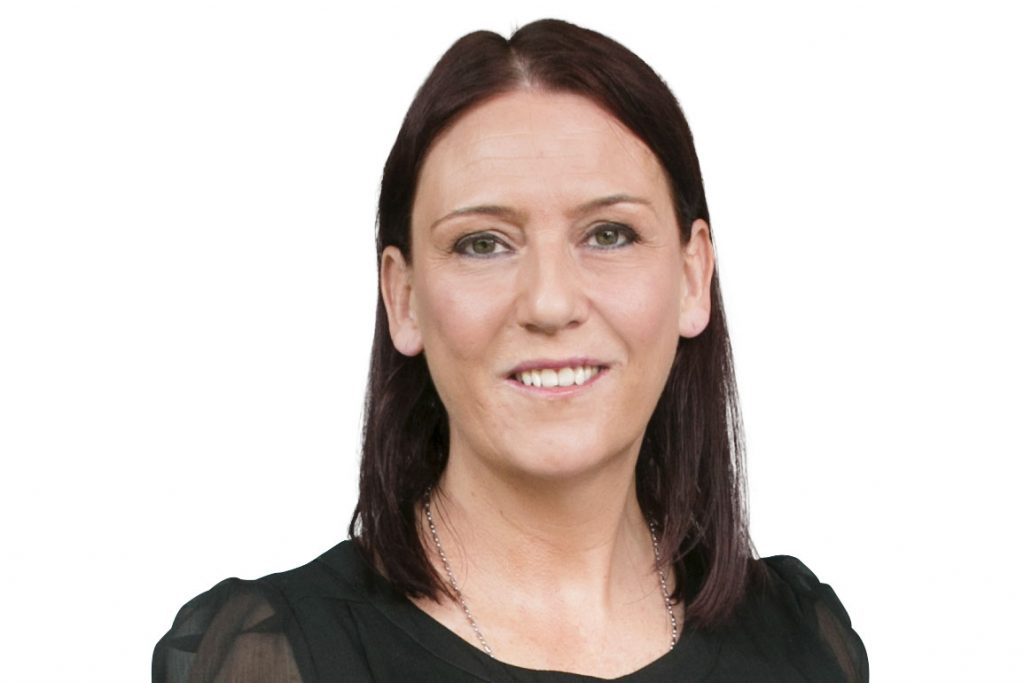 Whilst bringing up two children Val worked part-time as a Paraplanner, providing supportive administration duties to the IFA within that business.

In 2004 she became CeMap qualified as a Mortgage Adviser and set up her own business alongside her ex-husband, which they ran very successfully until their separation in 2014.

Val explains “I am now dedicated to using my extensive experience to underpin my role as Office Administrator and Paraplanner at Frog Financial Management, supporting all the back-office duties a busy financial services business has”. 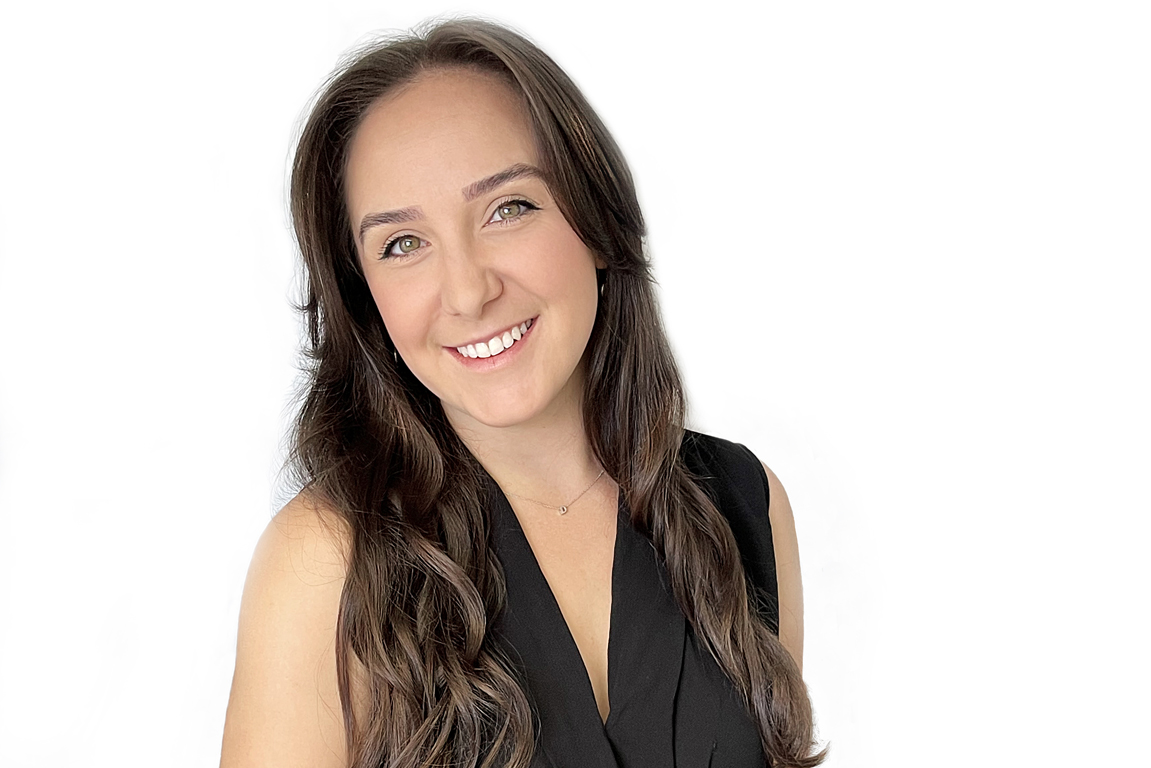 Danni ScottProtection Insurance Adviser
After leaving further education, Danni went into Estate Agency as a Sales Negotiator in 2012, working for a prominent Agent in Watford. During her time there, Danni worked with clients in finding their dream property and once offered, would work with Solicitors, Surveyors, etc, to ensure her clients purchase completed in a timely manner.

In 2015 Danni looked to expand her responsibilities and career opportunities by working for a large Estate Agency Group, and was successful in securing a new role as a Senior Sales Negotiator with The Frost Partnership, a network of 15 offices across Buckinghamshire, Berkshire and Middlesex.

During her time with The Frost Partnership, Danni gained a great understanding of the property market and excellent client interpersonal skills.

Danni joined Frog in the spring of 2017, after carrying out training for this new role in her own time, working as an Adviser for Frog Wealth Management and also providing paraplanning and administrative support duties for Frog Financial Management clients. 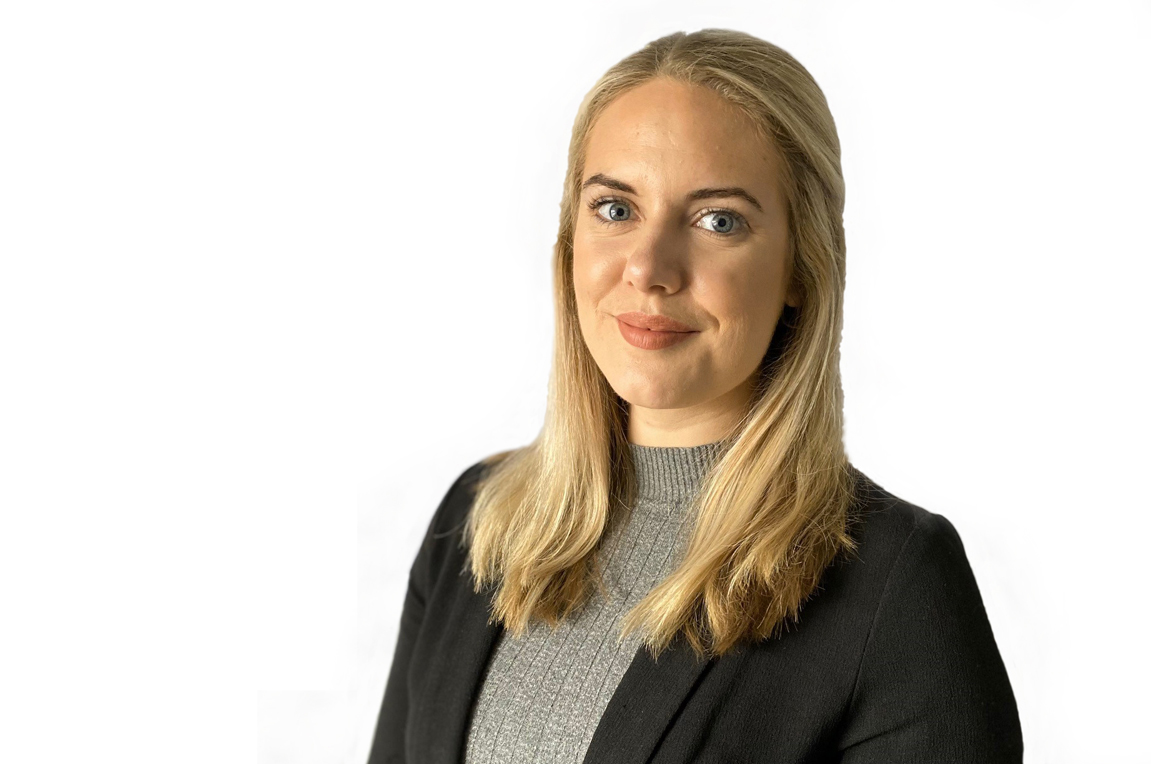 Charley BanksBuildings and Contents Adviser and Office Administrator
After completing further education in 2011, Charley began working for an international courier firm local to Heathrow aged 18. Being with this firm for almost eight years, Charley worked her way up through the company in numerous roles, ranging from UK Sales Liaison to Customer Service Supervisor.

Charley gained extensive knowledge and skills in the corporate world throughout this period. Part of her role was to negotiate and close sales agreements with clients, as well as provide dedicated Account Management services. In Charley’s latter years, she provided senior level of support to the Customer Service department, whilst managing the administration for both sales and account management. These experiences further developed strong organisational and client relationship building skills.

In April 2019, Charley stepped away from an office environment to embark on a new chapter with British Airways, flying as Cabin Crew. Charley was trained on an intensive six-week course to be armed with the knowledge and tools of every eventuality; technically and medically, as her role also meant she was responsible for the safety of the cabin across a variety of aircraft.

Charley’s determination to succeed and pursue a career meant she had long considered options diversifying into the financial industry. Given the circumstances around the recent world climate and ever-changing times, Charley decided to leave British Airways and followed her passion, joining us at Frog Financial Management as Buildings and Contents Adviser and Office Administrator in August 2020.

We offer a fresh approach to financial planning and putting people before paperwork!

PLEASE CALL US FOR AN INFORMAL CHAT 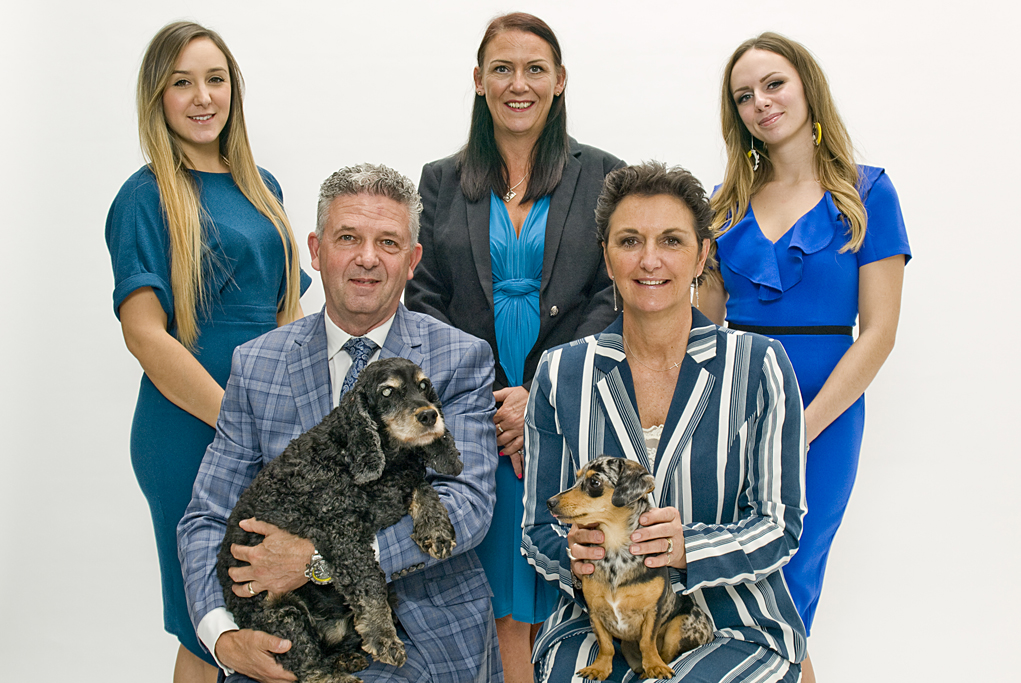 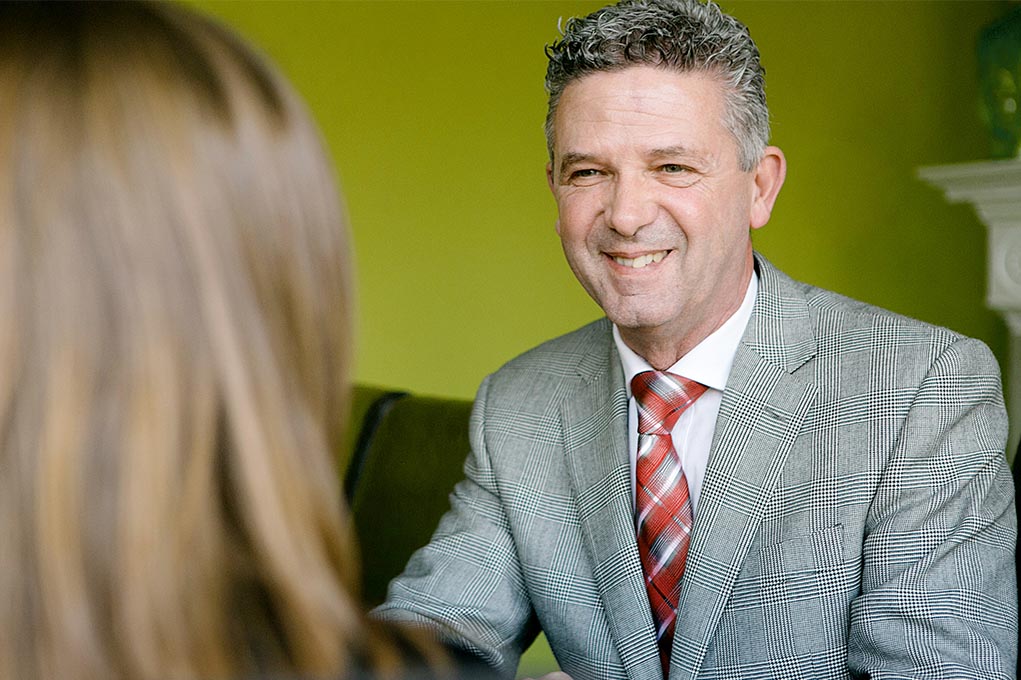 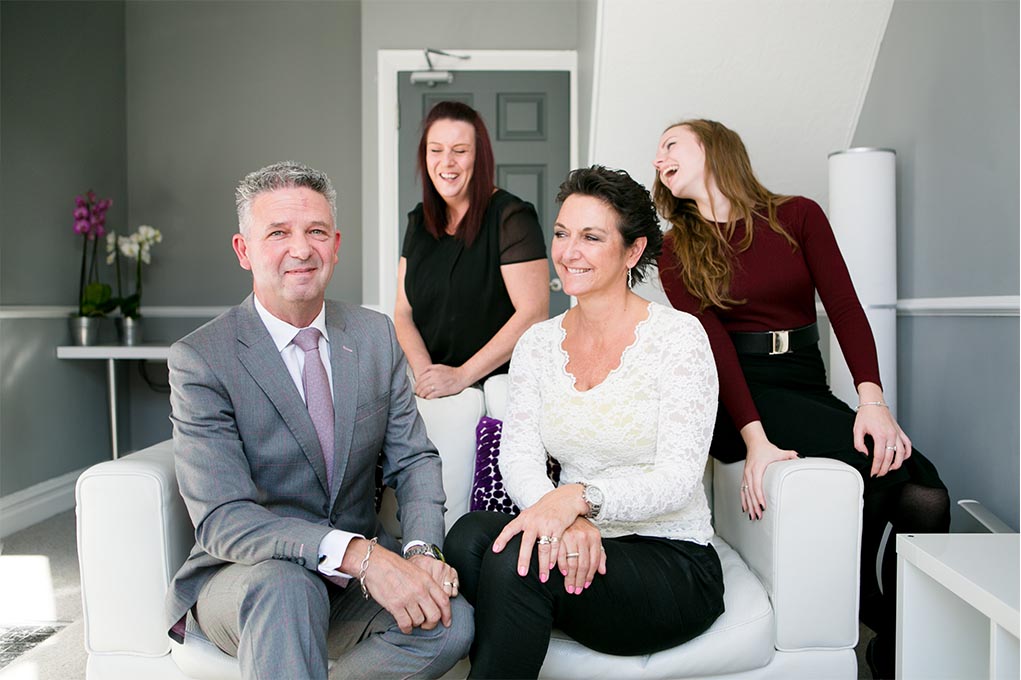