It’s difficult to believe that we are seemingly asking the question of “me or the dog”. According to a study by Halifax* three times as many of us (18%) took out pet insurance in the last year, compared to just 6% of those of us who secured critical illness cover in the same 12-month period.

It seems to be that many of us are under the misconception that life cover is simply too expensive, but when comparing the costs to what we put aside to protect our furry companions, the difference really isn’t that much. 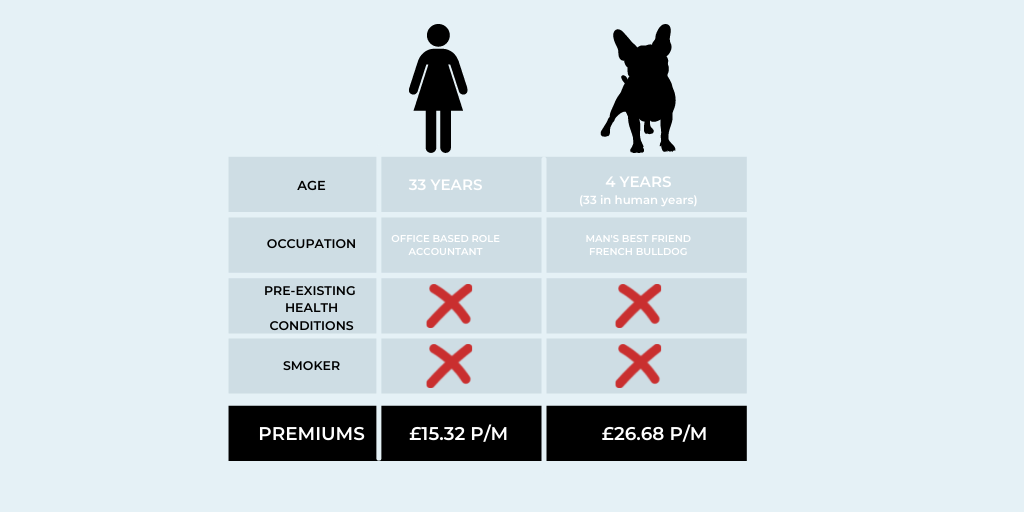 A quick search of lenders generates Life Cover with critical illness cover on a healthy, non-smoking, 33 year old female, could cost as little as £15.32 a month.

While insuring a French Bulldog (2021’s most popular breed) could cost approximately £26.68 minimum per month.

It’s a no brainer, that if we’re protecting our favourite four-paws, that we should be protecting our own lives too, especially given that the costs could be more affordable than we think.